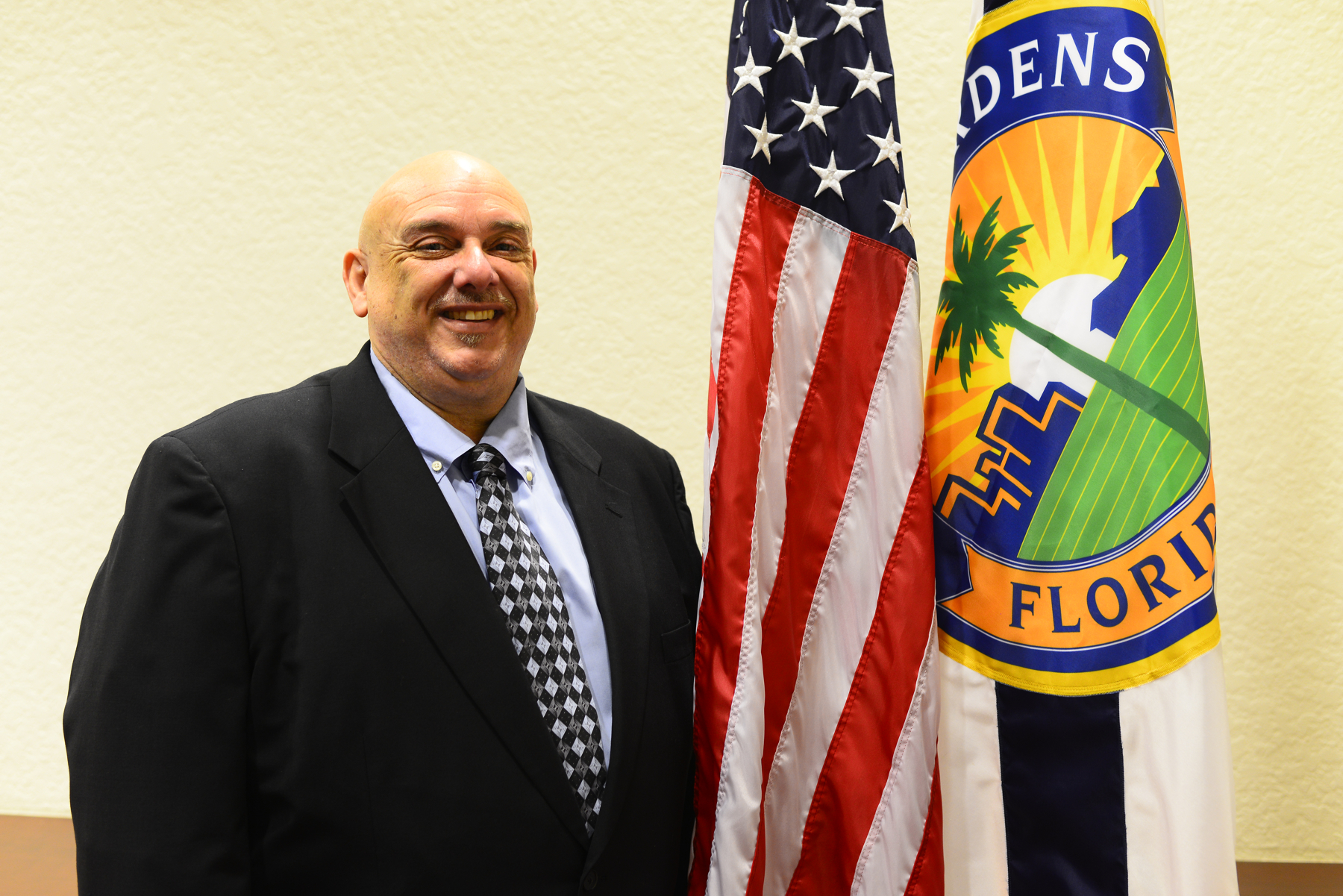 Jorge A. Merida was born in San Antonio de los Baños, Cuba, May 5, 1961. When he was 9, his father, who aspired a better life for his children, escaped the Castro regime and moved his family to the United States.

Once arriving in New Jersey, Jorge helped his family by bagging groceries at local markets and passing out flyers. After 3 years they relocated to Florida and have lived here ever since. Jorge graduated from Hialeah Senior High School in 1977. He worked with his father cleaning offices (including the then called Southern Bell offices in Hollywood) throughout his high school years and began working as plumber immediately after graduation. He left the plumbing industry to join his father in opening a small cabinet shop. He presently owns two family-run businesses, Cary’s Kitchen Cabinets (cabinet manufacturers), and Higinio & Jorge Merida Partnership (rental properties).

Jorge has resided in Hialeah Gardens since 1998. When he and his wife of eighteen years (Clara) were looking for a place to build their dream home, they fell in love with Hialeah Gardens. They felt it was a great growing community in which to raise their family: Milay, Michelle and Jorge (Jr.).

He has helped design and build various private homes as well as served as a member on the Hialeah Gardens Planning and Zoning Board. He has always enjoyed being a part of the growth of Hialeah Gardens.

Jorge is extremely grateful to have been elected to the office of Councilman by his fellow Hialeah Gardens residents. He has much pride in this city and wishes to use his construction background to help build a united, family-oriented community.

His future plans are to devote his time and energy (along with his fellow Council members and Mayor Yioset De La Cruz) toward making Hialeah Gardens the model for other neighborhoods and communities to follow.