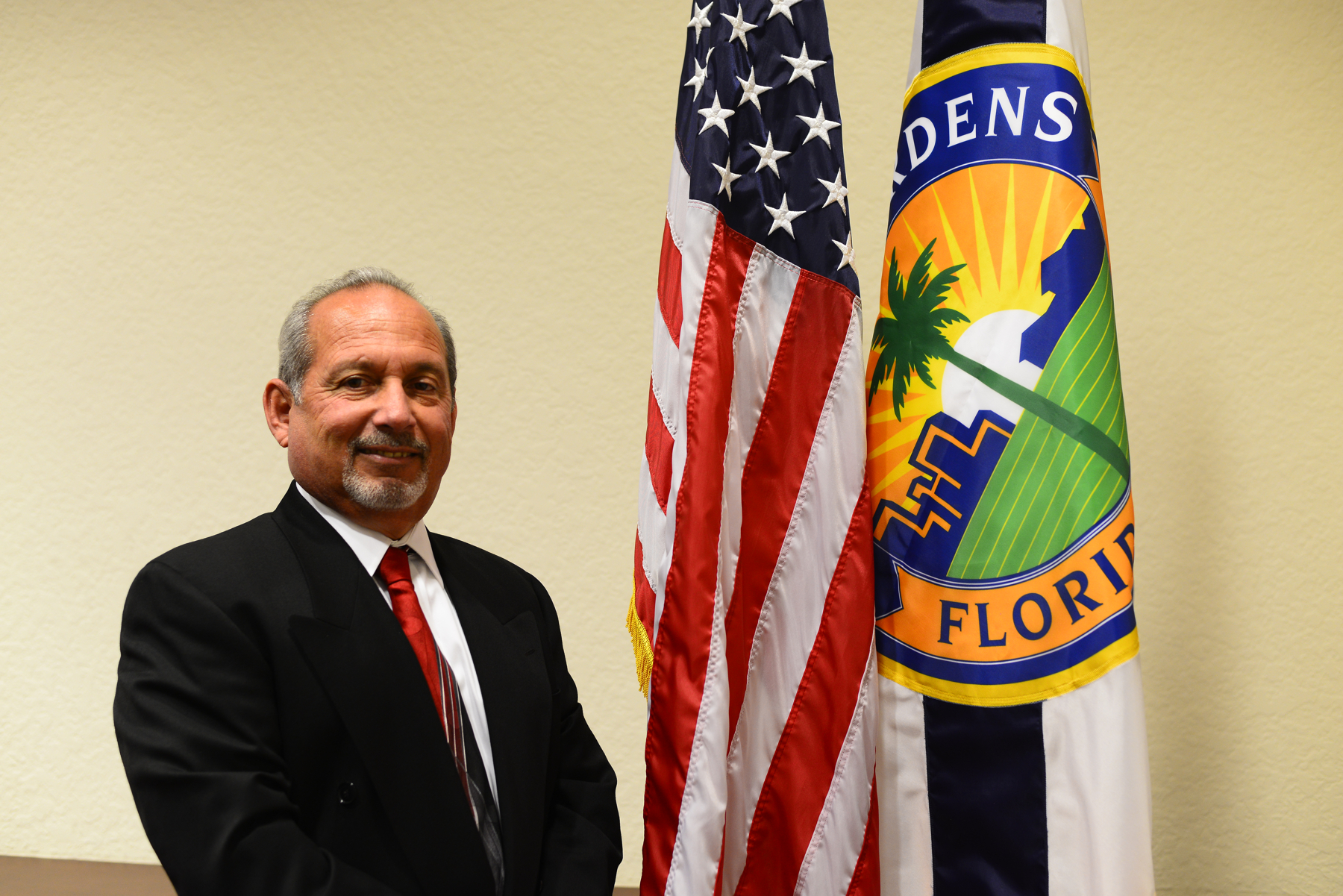 Elmo L. Urra was born in Havana, Cuba, on July 27, 1957. When he was 8, his father, who wanted a better life for his family, escaped the Castro regime and moved his family to Hialeah, Florida and soon thereafter moved to Hialeah Gardens where he has resided since 1992.

Elmo graduated from Hialeah Senior High in 1976. He was then employed by the City of Hialeah as a mechanic for three years. In 1979 Elmo transferred to the police department and graduated from the Miami Dade Community College police academy. After a long and prosperous career that spanned over twenty-five years of service, Elmo retired in 2005 from the Hialeah Police Department. He presently owns a family-run business, Rainbow Window Tinting Inc.

When he and his wife Dorys were looking for a place to build their home, they fell in love with Hialeah Gardens. They felt it was a great growing community in which to raise their children Richard, Natalie, Anthony and Jaysent.

In March of 2005, Elmo was honored by Councilman Manuel Zardon by being appointed to the Hialeah Gardens Water and Sewer Board.